If you are reading this… congratulations you are alive. If that is not something to smile about, then I don't know what is. 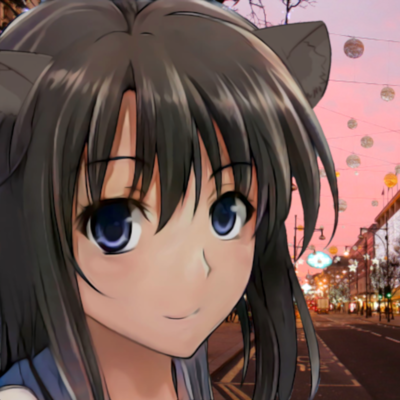 i need a safer mastodon instance..

oh, guess i'm never watching mature rated youtube vdeos or anything with too much swearing, ever again

Honestly it kinda seems like duckduckgo's search strategy is "ok, I'll give you any result containing any of these words, but prioritized ENTIRELY on an arbitrary page rank rather than the search term match"

I always fail classic captcha and now I need to fill a Japanese captcha. >_<

oh man it's hard to bootstrap the federation on a brand new instance. There's just nothing to see.

I don't wanna pull in my current follows because I'm honestly not sure how seriously I'm gonna take it.

I now have two self hosted mastodon instances. I can only expect this to go very wrong very soon.

ffs, will this day never end?

It's not working and it should work. Computers were a mistake.

It's a good thing I have vacation next week. I'm so embarrassed about the dumb mistakes I've been making today at work...

The satirical jokes about the state of things in the US in the TV show Superstore are pretty funny... Once you get over how insanely sad and depressing it is.

Sometimes I think about the fact that Azure has a "cancel subscription button" and how my government has systems entirely hosted in Azure... With their backups also located in Azure.

I'm sure that'll never be a problem.

I'm pretty sure I bought the largest shoes in all of Japan. It's a miracle they had my size.

Or maybe it's the Japanese craftsmanship. I bought them at muji while I was in Japan in 2019.

I ordered 10kg of pizza flour because it was the only way to bring down the price per kg when shipping costs were factored in... So now I have to use 10kg of flour before February 2022.

I've been inside so much the past year that my shoes have survived like a year longer than expected.

I always get surprised when people interact with toots I wrote days or weeks ago. Who has time to scroll that far back?

Certainly no one would be scrolling through just my posts.

huh, TIL, you can use `stringData` instead of `data` in a #kubernetes secret so you don't have to base64 encode it first...

That knowledge could have saved me a lot of hassle with templating.
https://kubernetes.io/docs/concepts/configuration/secret/#overview-of-secrets

Oh, I missed the Starship update. Keeping true to the SpaceX spirit I see.

My favorite part about IT is that it's heavily influenced by America.

So when you tell a European open source project that they're using GB incorrectly, because they 1024 based it - not 1000 based as dictated by SI, they just say "well that's what X and Y American companies are doing.

And, like, come on. Just at least write GiB. Imagine if an engineer used imperial tons in a European company and just neglected to mention that it wasn't the correct tons unit.

What is wrong with people in IT?

Don't get me wrong, I'm not vegan but I've been out of eggs, milk, and butter for like a week and a half.

If you are reading this… congratulations you are alive. If that is not something to smile about, then I don't know what is.